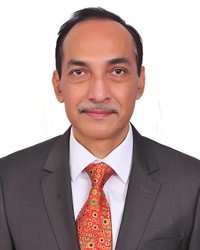 A versatile macro-fiscal, financial and tax economist, Supriyo De has over 27 years of experience in policy, operations, and research in multilateral institutions, government and academia. Prior to joining NIPFP as RBI Chair Professor, he was Commissioner of Income Tax, Advisor in Economic Advisory Council to the Prime Minister, and Senior Economist in the World Bank, in that order. He has expertise in fiscal policy, public finance, sovereign credit ratings, capital flows, remittances, tax policy and tax administration. His analytical skills for research projects and macro-fiscal forecasting abilities are amply demonstrated in various World Bank publications such as Global Economic Prospects, World Development Report, Kazakhstan Public Finance Report, Mongolia Country Economic Memorandum and Migration and Development Briefs. He played key roles in strategic planning for development, policy dialogue and advising senior management in national and international contexts such as for the BRICS and G20. His ability to translate rigorous analytical work into policy reforms was instrumental in Nigeria’s and Ethiopia’s remittance estimates for debt sustainability frameworks and tax incentive rationalization in India.  His ability to harness innovative policy solutions and convene diverse actors resulted in multi-stakeholder dialogues at the UN on Financing for Development. He is widely published in journals and books. His technical assistance and capacity building resulted in significant progress in Egypt’s tax expenditure analysis and for training government officials at NIPFP, the World Bank and Duke University. He holds a Ph.D. in Economics from the University of Sydney and Master in Economics from Yokohama National University. He had joined the Indian Revenue Service in 1995.