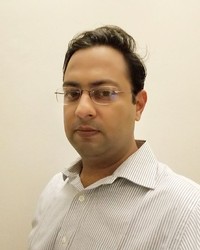 Amey Sapre works as an Associate Professor at NIPFP. In his previous years at NIPFP, he worked as an assistant professor and as a Consultant in the Macro Finance group. Prior to joining NIPFP, he worked as a teaching assistant in Economics at Indian Institute of Management (IIM) Ahmedabad, IIM Indore and as a UGC-SAP Research Fellow for sponsored research programmes in areas of development and agriculture in Madhya Pradesh. He studied at the Symbiosis International University, Pune and has a Ph.D in Economics from the Indian Institute of Technology (IIT) Kanpur. His research interests include measurement issues in national accounts statistics, GDP computation, public finance, macroeconomics and agriculture.

- Estimation of value addition in the private corporate sector