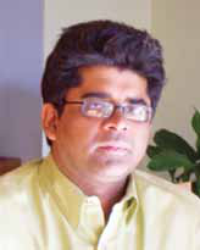 Rathin Roy took charge as Director NIPFP in May 2013. Prior to joining NIPFP, he has been the Director of Asia Pacific Regional Centre, UNDP, Bangkok, and the Director, International Policy Centre for Inclusive Growth (IPC-IG), UNDP, Brazil. He has also served as the Public Resource Management Advisor, and the Acting Cluster Leader, Inclusive Development, in the Poverty Practice, Bureau for Development Policy (BDP), UNDP. On invitation from the Government of India, he also served as the Economic Advisor to the Thirteenth Finance Commission, a Constitutional body of the Government of India. Recently, he has also been appointed as part-member of the Seventh Central Pay Commission, constituted by the Government of India. He has worked in over 80 countries during and prior to his tenure with UNDP, and is a well known figure in the world of applied macroeconomic and fiscal policy.

He holds a PhD in Economics and an MPhil from the University of Cambridge, UK. Post-PhD, he was tenured in the Economics Faculty at the School of Oriental and African Studies (SOAS), University of London, and an Economist with the Institute for Development Policy and Management, University of Manchester.