Figure 1:  Share of public and private Covid testing laboratories in States (per cent) 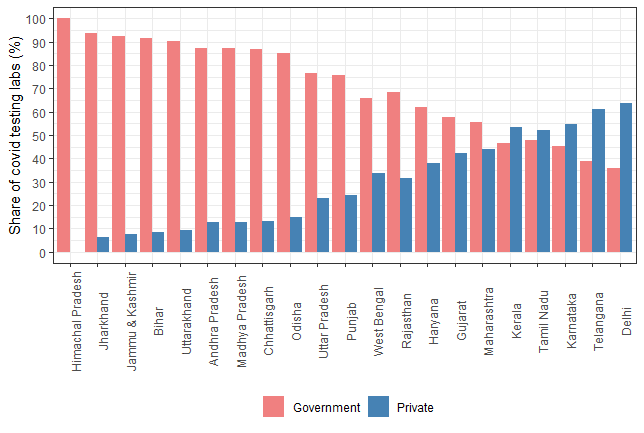 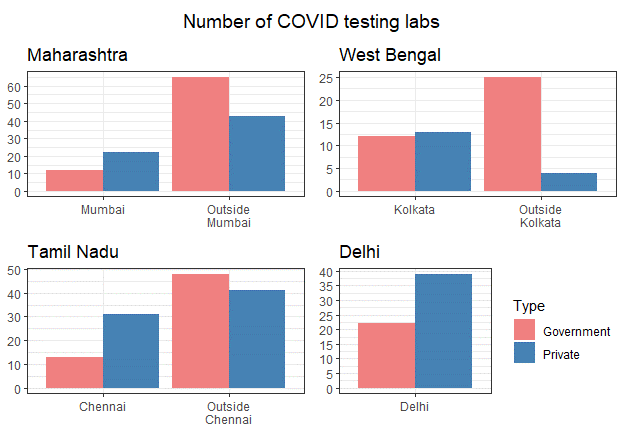 Figure 3: Break-up of samples tested in metro and non-metro areas in West Bengal 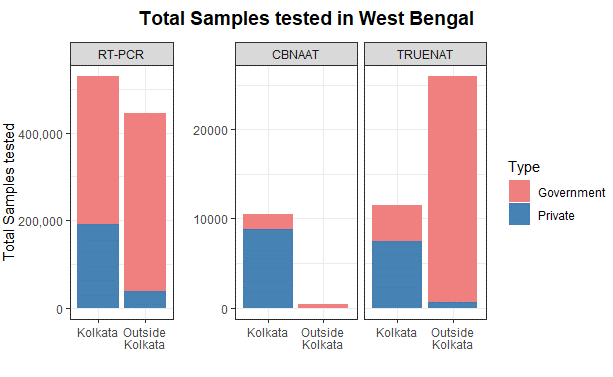 Sharing of Covid Treatment Load between the Public and Private Sectors
In treatment, the role of the private sector has been larger than in prevention. In Delhi, Maharashtra and West Bengal, the government designated more beds than the private sector, but the pattern of actual usage was different (Figure 4). In Delhi, the occupancy rate was much higher in private facilities than public (35 vs. 21 per cent), which resulted in higher usage of beds in the private sector. Even in West Bengal and Maharashtra, the occupancy rate in private was more than the occupancy rate in public facilities (65 vs. 33 in West Bengal and 81 vs. 68 in Maharashtra). The high occupancy rates in private hospitals point towards the fact that despite availability of public beds, people choose to use beds in private facilities.
Figure 4: Private and public hospital beds for Covid Treatment
Interestingly, metro cities like Kolkata and Delhi had more private facilities than government ones (Figure 5). As in the case of testing laboratories, this is likely due to higher ability to pay by individuals in these relatively rich cities. Outside metros there was a contrast between Maharashtra and West Bengal. While, outside Kolkata, government hospitals and government requisitioned hospitals outnumbered private Covid hospitals, in Mumbai it was vice-versa (Figure 5). In general, West Bengal had a higher dominance of the public sector than Delhi or Mumbai. In fact, the West Bengal government requisitioned several private hospitals for Covid treatment. This is unlike Delhi, Maharashtra and Tamil Nadu, which have not requisitioned, but reserved a specified percentage of beds in private hospitals for Covid care and capped prices in them.
Figure 5: Covid hospitals in metro cities and outside metro cities. 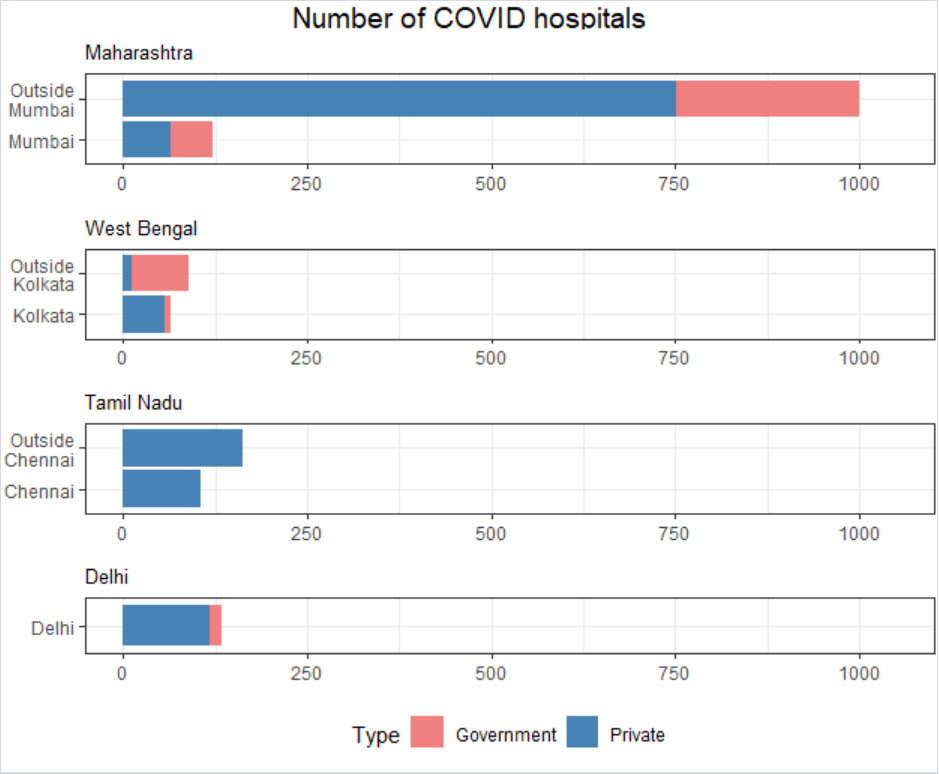 The regulation of prices in private hospitals by the government of Maharashtra, Delhi and Tamil Nadu was expected to ease the financial burden on households. However, the capped prices for patients with co-morbidities had to be left relatively open and this has made the price regulation less effective. In patients with co-morbidities, the volume of drugs and investigations required for treatment was uncertain and could not be prespecified.  In most cases, the packages defined under capped rates included basic services like bed charges and ventilator charges and excluded high-end treatment. Even in the basic package, there were variations. Delhi included the cost of PPE in the basic package, while Maharashtra did not. These features have induced various loopholes in the implementation of price regulations.
In sum, in the limited period of this analysis, the government seems to have played a dominant role in prevention in the form of testing, whereas the role of the private sector has been more prominent in treatment and in larger cities.
Dweepobotee Brahma is Fellow, NIPFP, New Delhi.
The views expressed in the post are those of the authors only. No responsibility for them should be attributed to NIPFP.
blog comments powered by Disqus